Alan Trtic, left, and his friend Sasha Prajzler play their guitars in a portrait amid the ruins of a section of the Sarajevo suburb of Dobrinja, which was virtually cut off from the rest of government-controlled Sarajevo during the Bosnian Serb siege of the city. Residents of Dobrinja suffered terribly in the siege, and people even resorted to burying their dead in their backyards and gardens as to get casualties into the city was incredibly dangerous. PHOTO BY Roger Richards/DVreporter.com 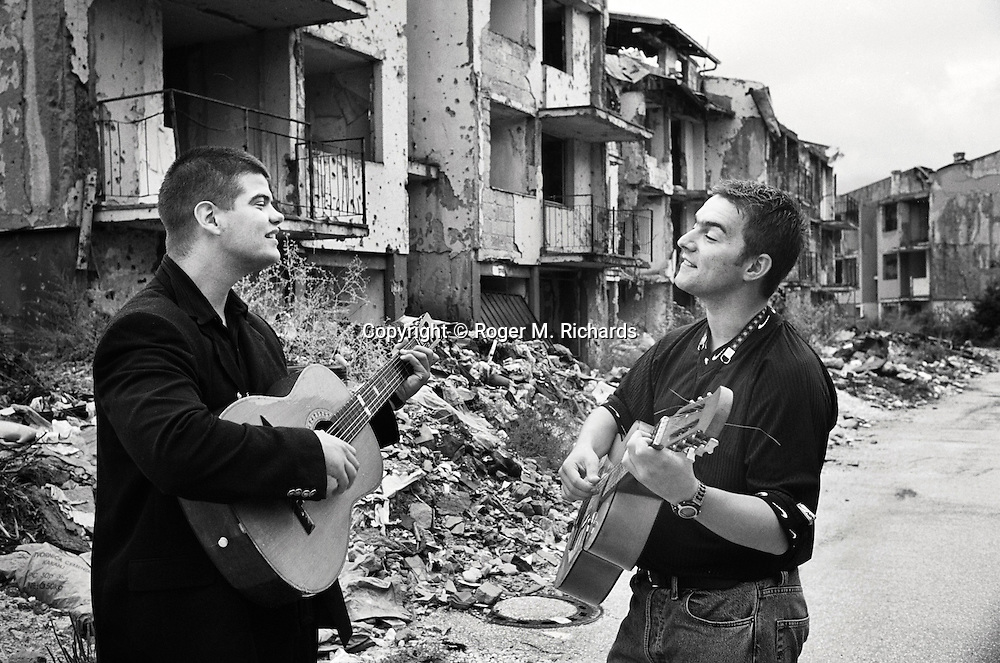