Vedran Smailovic, the Cellist of Sarajevo.

A portrait of Vedran Smailovic, the famous Cellist of Sarajevo, made on April 5th, 2012, the 20th anniversary of the beginning of the 48 month siege of Sarajevo by Bosnian Serb forces. Vedran Smailovic returned to play his first concert in Sarajevo since the war. During the siege he played his cello at the sites of massacres in memory of the civilian victims. He first became noticed in May 1992, in the aftermath of the infamous 'Breadline Massacre' when the Bosnian Serbs fired two mortar shells that killed more than two dozen civilians lined up for bread on Vase Miskina Street. 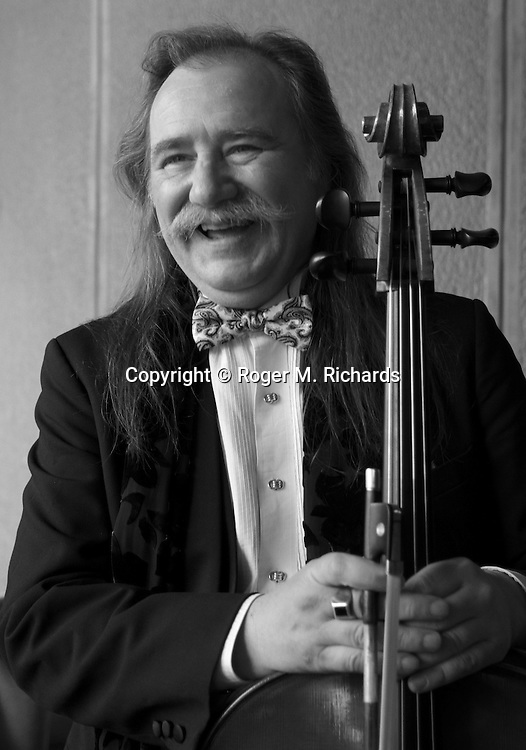